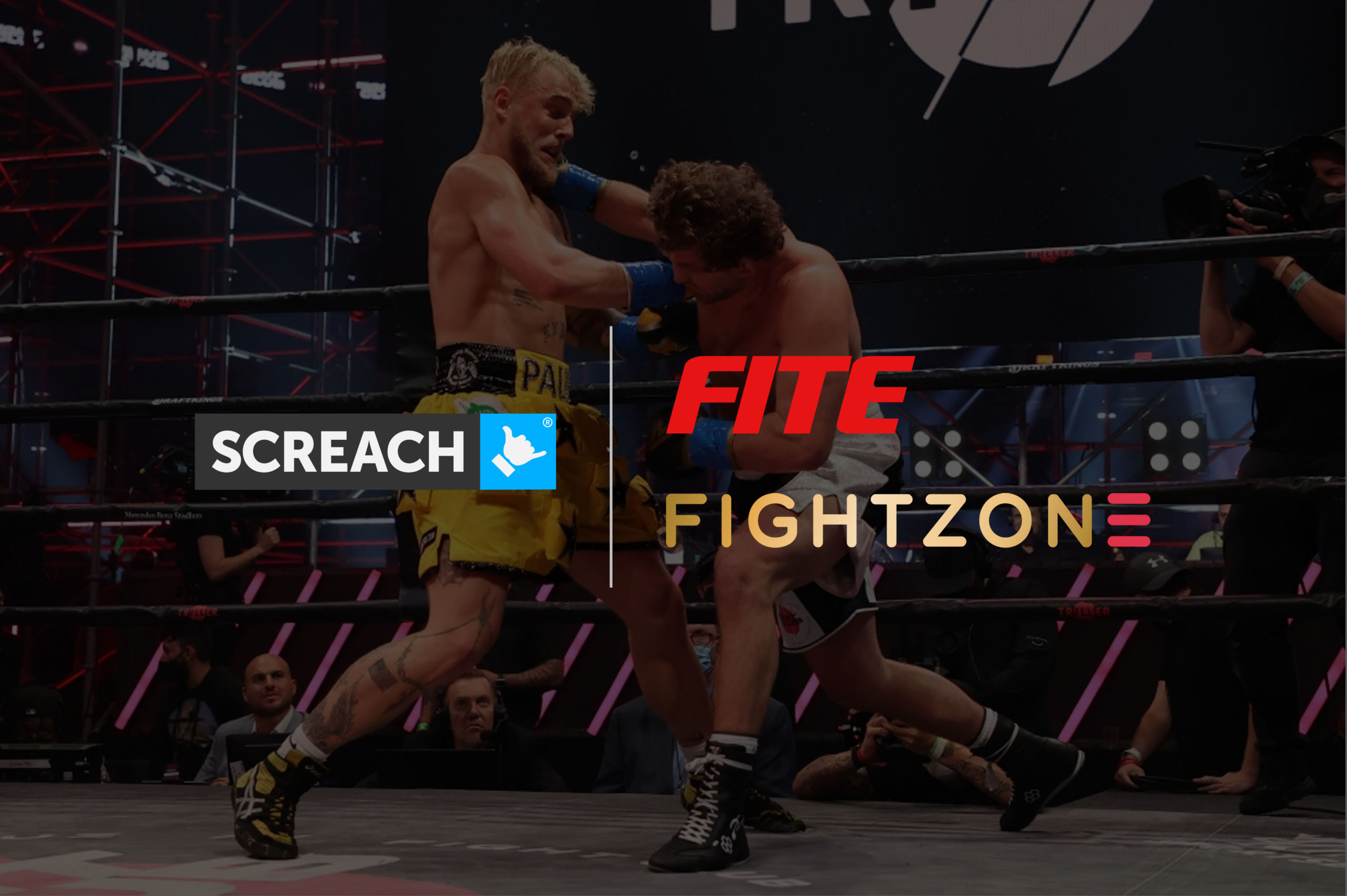 London, 11th November 2021 – Two premier combat sports networks, FITE and Fightzone, have chosen the Screach streaming platform to deliver their content – both live and on demand – to commercial venues in more than 150 countries.

Launched five years ago in the US, FITE has grown quickly to become a dominant global player in the streaming of combat sports and entertainment. With over five million registered users worldwide, it has shown more than 5,000 live events including fights featuring boxing legends Floyd Mayweather, Tyson Fury and Manny Pacquaio as well as YouTube stars KSI, Logan Paul and Jake Paul.

In November it will show the eagerly anticipated new sport that bridges boxing and MMA, Triad Combat, featuring bouts with former UFC stars Frank Mir and Mike Perry, boxing champion Kubrat Pulev as well as a live show from Metallica.

FITE was acquired in April by TrillerNet, the $250M-a-year parent company of the social media video-sharing app Triller, and its strategic partnership with Screach marks a significant milestone in FITE’s global expansion into the enterprise space that will expose its consumer proposition to a global audience.

Likewise the deal struck between Screach and Fightzone, the worldwide streaming service dedicated to boxing, which launched in April 2021 and gives fans instant access to live boxing for a simple monthly fee.

Powered by an unprecedented coming together of some of the boxing world’s leading promoters, Fightzone shows live bouts featuring the best British and international boxers as well a host of on-demand highlights and behind-the-scenes access to fighters.

Both networks now have access to potentially vast new audiences through Screach, a cloud-based streaming platform built exclusively for commercial venues such as bars, restaurants and cafes.

Developed by the UK tech firm Screenreach, Screach works via a smart TV app and is already available in 157 countries. The platform aggregates live sports content from around the world and delivers it to venues’ existing TVs in HD, with no need for a satellite or cable TV connection.

For broadcasters and rights holders, Screach offers an instant and frictionless route to a large audience of fans at a crucial time – while they’re out enjoying themselves with friends. Exposure in enterprise venues is a powerful way to drive fan engagement, promote the brand’s consumer offering and earn additional revenue, both from PPV events and ongoing commercial subscriptions sold through Screach.

The Screach platform also comes with advertising capability, which enables venues to turn their TV screens into an advertising platform they can use to boost sales and generate incremental advertising revenue to offset the cost of a subscription to their chosen content.

“As the leading global distributor of combat sports content, we show the biggest bouts and the biggest marquee events. We are on a mission to revolutionise the worlds of sport and entertainment – and a key part of that is finding powerful new ways for fans to see and enjoy our content.

“That’s why we’ve partnered with Screach; its proven technology will bring us closer to millions of fans in more than 150 countries, allowing them to share the excitement of watching live events together in their local bar, and giving us access to the large but underserved enterprise market.”

Jim McMunn, General Manager, Fightzone, commented: “Our strategic partnership with Screach is a major milestone in the development of the Fightzone brand. It instantly gives us two things; frictionless access to enterprise venues to generate revenue from commercial subscription sales, as well as huge exposure that will help us build our consumer subscriber base too.”

Robert Rawlinson, CEO of Screenreach, commented: “FITE and Fightzone are already bringing the thrill of live sport to millions of fight fans via their direct-to-consumer offerings, so the move into the enterprise space with Screach is a logical next step for both networks.

“Our platform gives them the ability to sell subscriptions quickly and easily to millions of enterprise venues around the world, but it also offers a potentially bigger prize – the chance to engage with huge additional audiences and promote their consumer offering to countless thousands of new fans.

“FITE and Fightzone are just the kind of dynamic, forward-thinking rights holders Screach likes to partner with. We’re delighted to be helping them accelerate their growth and empowering more venues to show the content they and their customers want.” 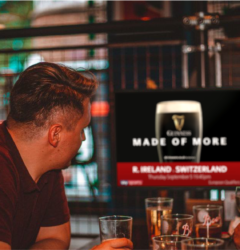 Out of home, outside the box – Talon partner 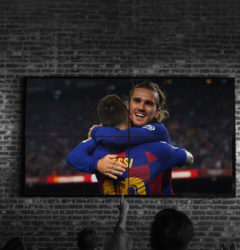 Football, but not as we know it – Screach launch 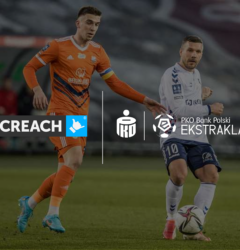